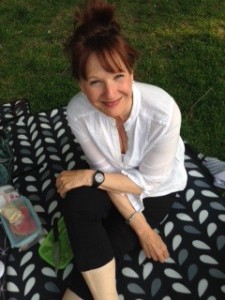 Four years ago today I had no idea how my life was about to change. On October 28, 2011, at age 58, I was wheeled into an operating room in Frankfurt, Germany, and like many of the readers here, a big part of my stomach was removed and a huge hope for the future replaced it.

My hope for a healthier life — where I looked and felt better, had more energy, and could move easily — not only came true but far exceeded even my wildest dreams.

It seems only appropriate on this anniversary date that I look back on these last four years and tell others how grateful I am to have had this shot at such a magical life. I know there are still many people who read my blog who have not yet had the surgery, and it’s important to me that this might be the push they need. That this is not just another diet that will last a few months. I’m living proof that you can have this surgery and four years later live life as a normal-weight person without dieting. 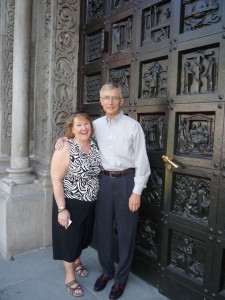 In 2011 I was limping around Europe with my tall, slender husband.

Let me rewind a bit to the first of October, 2011. My husband and I were in the middle of a year of travel after retiring, coming from Hawaii, traveling across the mainland USA, and then spending a few months in Amsterdam. It was here in the land of tall, beautiful, healthy people that my weight problems became more apparent as I limped and waddled around in sandals or tennis shoes while I watched thin Dutch women pass me by in their stylish boots. But even as I soaked my swelling, aching feet at night, and even when I looked around at all the other slim people around us, and even when my knee gave out, still I didn’t know what to do to lose weight. It seemed to me I was always eating less than people around me, and God knows I tried every diet on the planet and I could measure my weight loss in ounces.

It wasn’t until my normally quiet husband told me (let me tell, you I didn’t see THIS one coming!) that if we didn’t do something to figure this out, he wasn’t sure he wanted to be a part of it anymore. Who could blame him? He had always kept himself in great shape, but I had gained over 50 lbs on top of an already heavy body in the time we were together. What if he were 85 lbs overweight? How would I feel?