At the top of valley before our hike down. An amazing place. 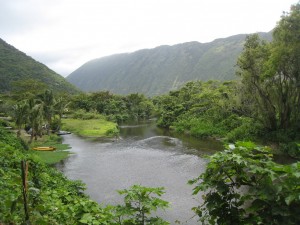 Waipio Valley: one of THE MOST picturesque places in the world, it also boasts the steepest road in the United States at a 25% grade, so the best way to get to the valley is to hike down, and we did just that yesterday! We always try to celebrate our birthdays by doing something outdoors, so we celebrated my husband’s special day with a 3-1/2 hour hike in this very special place. Waipio is known to be a spiritual place where many Hawaiian ancestors are buried and it is home to a very few dedicated Hawaiian farmers who still harvest the taro plant (poi, the staple of the Hawaiian diet, is made from this plant). One my favorite songs in the world is very revered here in the islands and is about a waterfall in Waipio called Hi’ilawe. Click HERE to the hear the version they used for the movie The Descendants (which we loved by the way; as people who live here we thought it was very realistic).

I’ve done well this week getting most of my protein in, exercising regularly for an hour a day, not to mention a 3-1/2 mile hike down and up the steepest road in the US, and I still just lost one lb! This last 10-15 lbs is hanging on for dear life!!!! Maybe it’s the fat that’s been there the longest and it’s determined not to go! I may have to give up my beloved treat every day to get to my goal, but I hope not….

So, as I was giving my body a total head-to-toe workout on the hike, I decided that I wanted to talk about how this surgery has affected my body (on the outside anyway) from HEAD TO TOE at 7 months out. So here it goes (please keep in mind, everyone is different, so this is just MY experience): 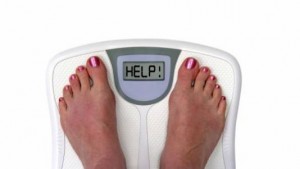 I’ve hit it! The dreaded STALL. I heard it would happen, I’ve read many posts on the forum about it, but I still don’t get it. I’ve never exercised harder or more regularly than I have the past two months (hardly missing a day), and burning 300-500 calories just in the gym. I eat so little at each meal it’s not funny. With this program, I’ve lost 3 lbs in the last month and have lost nothing for the last two weeks. All those old feelings I used to have of “why can’t I lose weight when I eat so little?” are creeping into my brain again; and that’s when I used to just give up thinking it was hopeless.

But here’s what I have come to learn: It isn’t just calories in, calories out. Sorry to those of you who think it is, it’s not; it wasn’t for my mother, it isn’t for my husband and it’s not for me. We’re all wired differently, and I think I have finally accepted that. My husband is 6 ft tall and weighs more than me… by 2 lbs!!! That’s right, he weighs 153 lbs and although he has to work to be at that weight he eats about 3 x what I am eating in volume; probably around 2500-2800 calories a day. He also runs 3 miles a day (has for years). I’m 5’3″ and weigh 151 lbs, and eat 1200 calories a day and also run/walk 3 miles a day. Go figure. 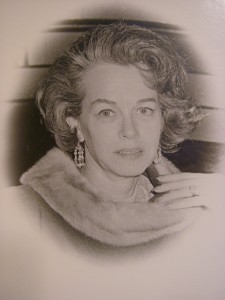 HAPPY MOTHER’S DAY to all the women out there who took on the amazing job of raising children! I never had any kids (by choice) but the amount of work it takes was never lost on me, nor was it lost that there is probably no greater love.

I had a wonderful relationship with my mother who passed away 6 years ago at the age of 87. I grew up with a mother who looked like a movie star and had a brain like an engineer. She rarely cooked, kept house or did any other housewife-type things, and would never have won any mother-of-the -year awards, but she was fascinating, interesting, eccentric, and fun and easy to be around. She wasn’t June Cleaver and didn’t want to be!

My weight problems came from both her and my dad; (OK, I’ll take some of the blame too!). Now a lot of people can say that, but I do think my story really is different. I inherited my dad’s shape (short and stout) but here’s where it all went wrong: my mother’s bizarre eating habits. My petite, 5′ 103 lb mother ate mostly: coffee, cookies, candy, pastries, ice cream, popcorn; she drank 1/2 and 1/2 like milk, ate sugary cereals, rarely ate vegetables (and I never once saw her eat a salad). Her vegetables were usually a baked potato or squash with lots of butter and sour cream. She would occasionally eat a banana or have boxed macaroni and cheese (made with cream, not milk). She never drank water (Eeeeeuuuwww!). And when we took her to dinner, she would often just order desert, but if we could talk her into eating a meal, she would order something really healthy…..fettucini alfredo!!!! Since she didn’t (or rarely) cook when I was growing up, our diet consisted of cereal, chicken pot pies, chili spaghetti, chili Fritos, PB sandwiches or hamburgers on top of the goodies she always had around. 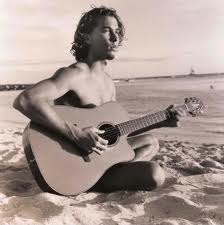 Mahalo nui to those who read my posts and appreciate my travel and Hawaii stories….so for those of you who love Hawaii, I just want you to know we saw an amazing concert last night. The performer is a Hawaiian musician named MAKANA who has a sweet, enchanting voice and is a master slack-key guitarist. If you are interested, check out his site (link above) including one of his songs that was used in the movie THE DESCENDANTS and his very popular mainstream Occupy Song which has a very 60’s folk song tone to it.

So, I promised to update you on my weight loss this Sunday, and amazingly, I didn’t gain any weight on our trip to San Francisco last week and I’m back on track with a 2 lb weight loss, putting me within 10 lbs of being a normal weight, which is the top of the range for my height according to the CDC Chart (click on that link if you want to see what your personal goals are).

At 151 lbs (and a total loss of 72 lb) I’m feeling great, healthy, and almost thin! Being 58 I don’t think I will ever have a flat stomach, perky boobs, firm upper arms, etc, etc. But I’ll keep on working on firming things up and my weight loss and evaluate it along the way. My goal right now is to tone up some of what I have, so exercise is my high priority. (Who would have thought I would EVER say that???). 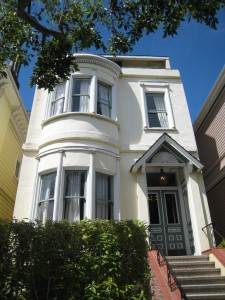 You might notice right off the bat that I did not put my weight in the title as I usually do; that’s because I’m not weighing myself today! And it’s Tuesday, not Sunday that I’m writing my update….as I mentioned last week we flew to San Francisco this past weekend for a wedding and just got back into Hawaii a couple of hours ago.

We had a fantastic time while we were there! The weather was perfect; mostly in the 70’s, clear blue skies, I didn’t even need a coat (and it was a good thing, because I forgot to bring one!). But I have to say, packing is easier when you’re not fat. I can’t quite figure out why, but deciding what to wear is so much easier and for me at least, I don’t have to pack so much. I did do a little shopping in Union Square but for shoes, not clothes. 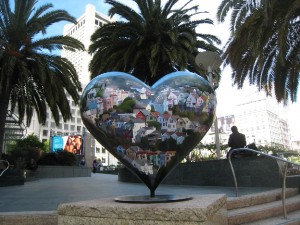 I’m pretty happy with the clothes I have right now and don’t feel the need to buy lots of things. When I was heavy, I kept looking for something, ANYTHING, that might look good on me. I did have fun trying on some sexy high heel shoes, but in the end thought I would kill myself trying to walk in them, so I’ll leave that for another time! (But I love buying other sexy things again!!).