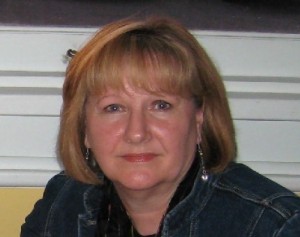 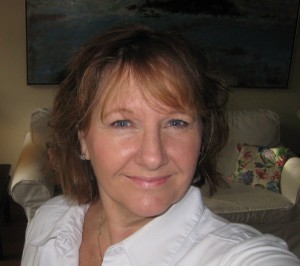 Here’s a photo of me taken in November of 2010 and one about a week after surgery. So now you know the reason I chose the title QUEEN OF CROP. I often would crop my body out of photos leaving just my face (although as you can see, my face is pretty fat too). But I was always the one to take photos in my circle so I could crop me out completely, delete a really bad photo, or crop part of me out.

I started 2011 at 223 lbs and managed to lose about 20 lbs by October. I wasn’t trying that hard, but I was finally more active now that we had retired.

Then, when my lower body started giving out on me and I couldn’t walk or bike any more, I knew I was in trouble. That, plus some drama between my husband and me, it was clear it was time to get the show on the road. I wasn’t getting any younger and now that I had these mobility issues, the weight would never come off unless I finally did something that had a high success rate.

Professor Weiner is known as the ‘Rock Star’ of Gastric Surgery in Europe!

My surgery experience overall was very positive. Even though I started research on the lap band, Dr. Weiner suggested the Vertical Sleeve because of my age (best not to have a foreign item in my body at an older age) and that this surgery had more benefits and a higher success rate. Not reversible? That was OK, so I signed up.

I ended up staying 7 nights in the hospital (wow, I’ve heard some people in the US go home after 1-3 days?).  I was in ICU the first night and back in a shared room the next day. I was so taken care of the entire time that I really can’t imagine going home after just a few days. Maybe this is one of the advantages of having this done in Europe, not the US.

I had NO PAIN and very good nurse care. Of course they gave you a self-administered pain reliever, but I just used it to help me sleep and it was great. I was in good spirits for the first few days and by day 4, I was up, dressed, makeup on, hair combed and I was visiting other patients being a cheerleader for them. They were only giving me a little water, a little tea and on day 3 I think I had a clear broth. No matter, food was the furthest thing from my mind. Some of the other patients weren’t as lucky as me; they were hungry and more emotional.

Then day 5 hit and I was back in bed. Warning for all the women out there going through this (sorry, might be TMI here). I ended up with a bladder infection and high fever. One night I was up going to the bathroom 22 times! I actually counted. Good thing I didn’t have a roommate this one night. Because I was peeing so much, I stopped drinking. BIG MISTAKE.

Turns out I probably got the bladder infection from stuff they give you to clean out your bowels before surgery; it wasn’t pretty and probably some made its way into my urethra. Then since I stopped drinking, my fever spiked. So the next day, I was back in bed being shot full of antibiotics.

I ended up spending one extra day in the hospital, but was grateful I was being so well cared for.

I had a wonderful roommate who is in her 30s, a mom to two small children, a student and a wife and who had a fantastic outlook and positive attitude. We’re staying in touch and I know she will do very well.