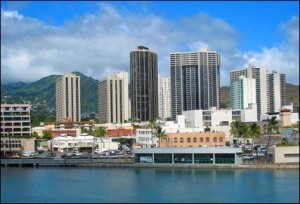 Our condo complex is the dark one in the middle

We landed in Honolulu a few days ago and are in the process of getting settled into our 20th-floor condo located in the downtown / Chinatown area of the biggest city in the state of Hawaii.

I’m still doing the elevator thing by raising one leg going up and the other leg going down to strengthen my knees, now with 20 floors instead of 9. It really is helping my knees get stronger and it’s now just automatic when I get in. Going up, my right leg goes up (as in UpRight piano); down, my left leg goes up. PDXman sent in a great tip to do this but also stick your leg out at 12:00, then 3:00, 6:00 etc. I love these tips from others; little things, but they make a difference. 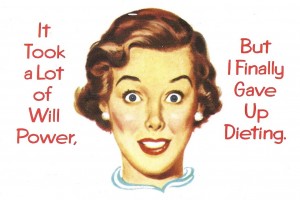 At last! I can make good choices, exercise consistently, be thin and NOT be on a diet!!!

What a nice surprise this morning to find out that I am down 2 lbs in 2 weeks and now I am only 2 lbs from being classified as NOT OVERWEIGHT! As of today I have officially lost 80 lbs (isn’t this the weight of a 4th grader???) and am 5 lbs from my own personal goal of 138. With 2 months to go before my one-year anniversary of my surgery, I may just do it! For those of you who think it can’t be done, well think again! I am grateful every day for many things, the top of the list is my husband and this surgery that has allowed me to live a healthier fuller life without feeling like a big fat failure. 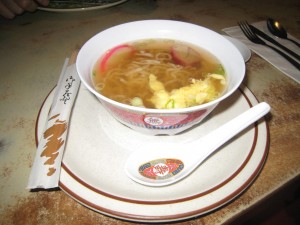 Unique to Hawaii, saimin is one of the things I’ll miss about here.

I’m especially happy today because I didn’t exercise every day last week because of the move and I also ate noodles twice, something I haven’t been able to eat until now. After realizing we are only in Hawaii a few more weeks, I wanted to have some saimin, a noodle soup unique to Hawaii and one of my favorite dishes. It’s a broth-based soup with wheat noodles, egg, fishcake, and usually some pork and green onions. 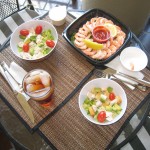 I got a ‘keiki’ (child’s) portion and asked for 1/4 of the noodles. I was able to eat most of it and it was heaven! We also did a Costco run (we won’t have THAT in Amsterdam!) and got some fantastic fish and shrimp and had our typical salad for lunch on our little lanai. 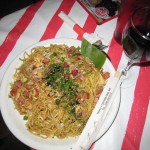 BEFORE I STARTED EATING

WHAT WAS LEFT AFTER I ATE!

Since the saimin noodles went down pretty well, I decided to go out on a limb and try some noodles with chicken and meat one night when we were out. This is what a normal portion (for the US) looks like when you are sleeved…..the BEFORE and AFTER photos: even though I ate just a little bit, the cool thing was that it was wonderful; I really could have eaten more but stopped because I was satisfied and took the rest home!

I had to map out a new run today (I’m using a new app called MapMyRun that uses GPS to figure out your time and mileage and has few other bells and whistles I haven’t figured out yet). I was so happy to have an average of 14 minutes a mile today; I don’t usually do that well outside but I did choose a flat route and that helped. Downtown Honolulu is really elegant with lots of older buildings including the ONLY royal palace in the United States. Up until 1893, Hawaii had a king or queen who lived at the Iolani Palace just a few blocks from our condo. In fact, we’ll be headed over there today to celebrate the day Queen Liliuokalani was born – 174 years ago.

So off we go today to wish the Queen a Hau’oli La Hanau and enjoy the sunshine and just being here on this island. We know our time will go by quickly so we are going to try and make the most of it while we are here.

Hope everyone has a safe Labor Day holiday and that you have some great memories of the summer of 2012.