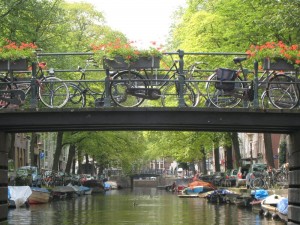 What side of the bridge are you on?

For 58 years of my life I lived on one side of the bridge… I was a chubby child, an overweight teen, a fat bride (twice), and then rarely ever stepping onto the bridge of good health, I morphed into a morbidly obese middle aged woman! Actually, I was on the bridge twice in my life… when I was 18 years old I contracted mononucleosis and lost so much weight that I looked like a hollowed-out refugee — not exactly a positive reminder of weighing 120 something — then when I was in my 20’s I went on some extreme diet and weighed somewhere in the 140’s… that lasted all of 5 minutes…. 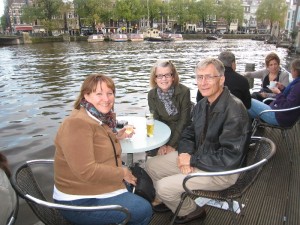 I hated this photo and originally ‘cropped’ me out… but it’s a humble reminder of how heavy I was compared to those I love.

Of course there were lots of reasons (some valid) and lots of excuses (some lame) for not crossing that bridge before now. Not that I didn’t try, and like most of you, couldn’t get very far without turning around and going back a few lbs fatter including a heavier heart because once again we failed. From our side of the bridge we could see other people crossing (wondering and sometimes asking… how are you doing it? will it work for me? is there a magic pill? maybe this is the answer!!!). But we knew this was one tough bridge to cross, and an even tougher challenge to stay on the ‘other side’ of it! 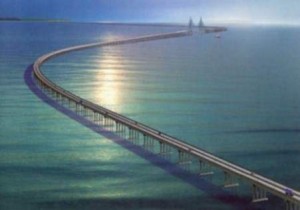 Crossing over seemed hopeless to me for so many years…

Sometimes that bridge seemed miles long… sometimes you couldn’t even see the other side, and most of the time it was just easier to stay right where you had been for so many years. Especially for those of us who (although not perfect) didn’t feel that we ate that much more than thin people. Getting across seemed overwhelming but I never completely lost hope that someday it would happen for me.

So along comes another option to get across that damn bridge… gastric sleeve surgery. Success rate? I couldn’t find any statistics on this because this surgery is relatively new. But in addition to the amazing number of satisfied (hell, ecstatic!) people on the forums, what I did read is that it is hailed as one of the most successful types of gastric surgery. That it was less invasive than the gastric bypass, significantly more successful (in terms of weight loss and complications) than the lap band. In addition to the weight loss, Type II Diabetes, joint pain, high blood pressure, high cholesterol and other issues related to weight were reversed.

And I could wrap my head around how it worked… a smaller stomach, a hormone that makes you feel hungry is removed, you eat less, you lose weight. Well I sure had joint pain, high cholesterol, borderline HBP, was probably on my way to diabetes and had enough AHA moments to fill a book… where do I sign?

So a year ago, I took that first step to get across what seemed like a long bridge. The trip over has been fine; sure I threw up a lot in the beginning and had a tough time finding things my stomach could tolerate (but I was traveling in foreign countries so I made it hard on myself). I had to deal with some emotions and feelings that I had pushed down deep for a long time, not easy at times but worth it in the end. It was a self-analysis that was long overdue. As my body was changing, I felt excited but very humbled at the same time. I began to see the impact my weight had on my health and my marriage and for each step I took as I was crossing over, I could see both my health and marriage getting better. I could not have asked for more support from my sister and my friends who knew I had the surgery. For the first time I felt more a part of them than I ever had before; I had always felt a little jealous or envious and wondered why I was never on the same side of the bridge they were on; but here they were cheering me on all the way! 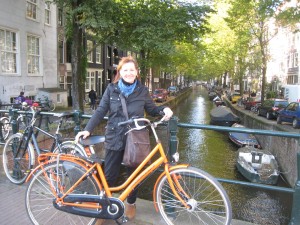 Happy to be on the other side; it took me a long time to get here so I’m not going back!

It took a year to get across. I never once, not for a second, regretted the decision, and all the exciting, positive changes propelled me forward — not just baby steps but  giant steps! Every day something new happened to remind me that I was headed in the right direction and that I had chosen a tool to help me get there. They say most people will lose about 65% of their excess weight in the first year but I reached my goal weight (although I could probably lose another 15 lbs, I’m undecided on whether on not to do that… I keep thinking of me at 18 looking like the hollowed-out refugee, and I have a lot more things to sag now!!!).

MY NEW NORMAL: So here I am with my feet solidly planted on the same side of the bridge as other healthy, thin people. As of this past week, I have to say I don’t feel like a gastric sleeve patient any more; I used to think of myself that way every time I sat down to a meal. Something switched this past week and now I feel like a regular person. I can eat almost anything so I have to be careful not to; I have to stop myself now so I don’t overeat, because I can now, a little. I can have another cookie and ruin my dinner so I don’t eat as much protein. I can choose not to exercise. I can say I’m not going to weigh myself today. I can wear my stretchier pants and not my tight jeans. Lots of little decisions that can (and have in the past) made a difference.

BUT THAT’S HOW IT STARTS. I’m hoping one of the things I learned while crossing over this past year is now that I’ve arrived, I need to be more aware of what I eat, how much I eat, to exercise regularly and keep myself healthy. This is my new normal and I like it very much. I always heard that maintenance was harder than losing the weight but I never believed it because of course, I could never lose it before! I’ve gained a new appreciation for my friends and my husband how they have always managed to watch their weight and take action at a few lbs. I have learned from them and I am thankful they have been holding my hand on this journey.

Fondly called THE SKINNY BRIDGE (how appropriate!) in Amsterdam

So off I go on another new year to keep myself on this side. Tomorrow we take the train (we love the train!) to Frankfurt and Prague for a holiday. I’m going for my one-year checkup on Tuesday and hoping to interview my surgeon for the blog. (Wish me luck; he’s a tough one to nail down!) No gyms for the next 10 days so I’ll try to get as much walking in as I can… I’ll take my little stepper and see how I do! We made this same trip last year; at least this time I’ll get to enjoy a little wine and I’ll be able to eat!

As always, dank u wel for reading my blog and hanging in there with me… hope you stick around for the ride a few more weeks….

Tot die tijd!  (Until then)