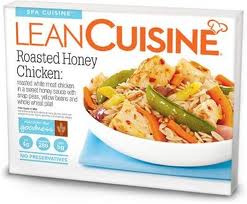 No such thing exists here that I can find. Maybe there’s a business opportunity here!

This has been a weird week for me on many levels. My husband left for Hawaii to organize our move here to Amsterdam and I’ve been on my own for the first time since surgery. I’ve learned that eating for one (or less than one person really) isn’t easy. Especially in a place where they don’t have things like Lean Cuisine or any other frozen meals for one person. I’ve been having an egg and 2 pieces of bacon almost every day because it’s the one meal I can be sure to get some protein. For years (even pre-sleeve) we would have a salad every day at lunch, but now, I’m often not home around lunch time so I end up just having an apple or some coffee and a cookie somewhere. I usually just have some soup or a salad and a cookie for dinner. One night I just ate a bag of microwave popcorn for dinner (that I had brought from the US; no such thing exists here). So all in all, my nutrition, especially from a protein standpoint, has been really bad. I need to look for some cookies with protein I guess!

I’ve only made it to the gym twice this week and have gotten very little exercise when I’ve been out because of the weather. I ended up catching a cold, and both of my eyes got infected with conjunctivitis so that put me out of commission for the rest of the week. I even spent one day just laying on the sofa, blowing my nose and watching movies… I didn’t even work on my computer because of my eyes. Very unlike me! 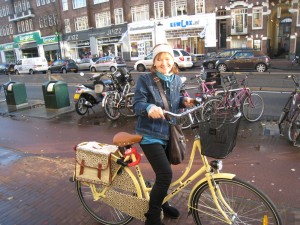 My new bike is very ‘girlie’ looking, complete with leopard prints! I probably should have bought something that wasn’t so loud….

I finally bought a bike but my timing sucked. The day after I bought it, it started snowing. Now I know that’s not earth-shattering news to most people but for me, it was a big deal. Snow is a whole new ball game for this California-born person who’s lived in Hawaii for the last 11 years… looking outside, I didn’t want to leave the house. I did walk the 2 blocks to the store to buy some tissue and cough drops, but I walked like a 90-year old I was so nervous. 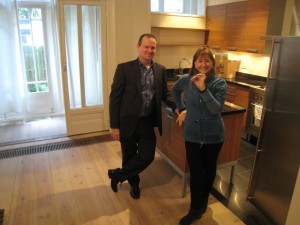 Getting the keys to our new house in Amsterdam!

The exciting news is that we bought a house here and we got the keys last Wednesday! So I guess I might be feeling a bit overwhelmed with that project even though it’s wonderful to be on the cusp of making a house into a home for the first time in many years.

I also had my first Dutch lesson this week; it was a wonderful class, but I can compare it to being overweight — very humbling. I felt like I was in a Weight Watcher meeting, but instead of a lot of fat people listening to a successful instructor, we were a lot of non-Dutch speakers mangling the words but hoping to achieve something that seems out of our reach. I compare it to how I felt every time I used to start a diet, that it was hopeless and I’ll never succeed… too bad I couldn’t find surgery that would help me conquer this new challenge!

I have another 2 weeks before my husband gets back from the states so I really have to get my act together. There’s a Weight Watchers across the street from us (right next door to Domino’s Pizza which is pretty funny). Maybe they sell their frozen dinners there; just thought of that as I was writing this. I also need to get back to the gym; even though I didn’t gain any weight this week I can tell I haven’t exercised. 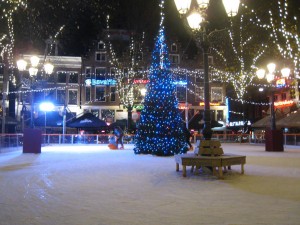 It gets dark here around 3 or 4 in the afternoon, something else I’m not used to (but the tradeoff is that it stays light until 10PM in the summer!). But it is beautiful to watch the snow coming down. The Christmas lights are up everywhere, skating rinks have popped up in the squares and, well, like they say, “it’s beginning to look a lot like Christmas!” 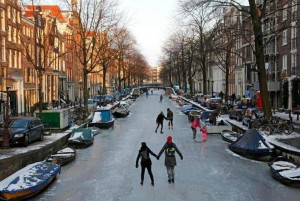 An ONLY IN AMSTERDAM photo!

The locals here are just waiting for the canals to freeze over so they can ice skate on them… a sight we can’t wait to see. This is a photo from another year but I wanted to share since it’s not something you see anywhere else. You won’t see me out there, but I am going to try and pull myself together this next week and break out of my state of inertia. I have a wonderful full life with lots of things to do, and as we all know, time goes by so fast (something to keep in mind for those of you who are waiting for approval to get sleeved… your time will be here before you know it!). If it weren’t for this blog, I would probably not even think about my surgery or the sleeve much anymore, a sign I am moving on to a normal life as a normal-weight person. But I never want to take for granted what a true gift this has been in my life!

This is probably the least positive post I have written in over a year. Don’t mean to be a Debby Downer… I’ll be fine by next week. It’s been wonderful to hear from so many readers how they are doing after their surgery. I am grateful to all of you who read my blog and send me quick comments on how life before, during or after the sleeve has been for you. That’s it for Week 60 from cold, snowy Amsterdam!