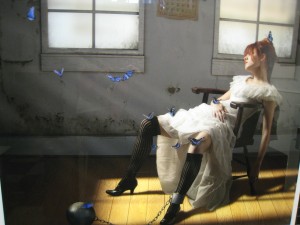 There were some tough times in the beginning… but the payoff was worth it all.

“WHAT WERE THE WORST PARTS OF THE FIRST YEAR FOR YOU?” What a great question someone on the forum asked me last week. Most of us get so caught up in the excitement of finally being successful at weight loss that we forget about the hard parts.

Thinking back over the past year, here were the hard parts for me:

So, looking back at the hardest parts of the last year, the one thing that stands out to me is, NUMBER ONE: coming to the decision to do this! It was the hardest because it was the most emotional. The other 9 items are just steps to go through and were temporary, or in the case of the sagging skin, I can either have some plastic surgery or live with it. We all have flaws and challenges to deal with; some are self-inflicted, some genetic, some environmental. And when we can come to terms with those demons and figure out a plan to correct them or live at peace with them and ourselves, then life gets better. 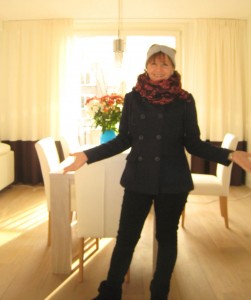 I need to wear a lot of layers to stay warm here, and it’s not even winter!

That’s it from chilly Amsterdam where I’m dressing a lot differently than I did in Hawaii! I’m off to buy a bike today and start living like a true Dutchie… riding a bike in my new boots!

Tot die tijd!  (Until then)