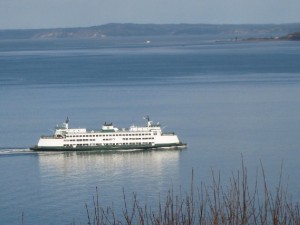 Taken this morning on my 3 mile walk in West Seattle

We’ve been in one place for two whole weeks now and it feels great!  (It will be short lived though because we leave for Honolulu on Thursday).  In fact, we’re packing up as I type this….but the next  place will be for 10 days, and then after that we’ll be in Hilo, Hawaii for several months, so at least we’re done moving around for a while.

Being in one place has really helped me control what I’m eating and to start exercising regularly.  Not that it’s made a huge difference in my weight!  As you can see, I’m down just one more pound….both my husband and I are just amazed that I’m not losing more given the little I eat.

In many ways, I feel VALIDATED!!!!  For YEARS I would tell my husband, my friends, myself, that I honestly DON’T EAT THAT MUCH….and wondered if any of them believed me, including me!  But yet, I kept packing on the lbs year after year; ,mostly because I didn’t move enough and although I didn’t eat huge amounts or bags of cookies or chips or cartons of ice cream, it doesn’t take much to gain 2-3 lbs a year for 20 years.

So, since we were in one place for a while and I had more control over what went into the food I was eating, I began tracking my food and exercise intake this week.  I’m using a site called www.everydayhealth.com  It has been really helpful to me so I can see what I’m actually eating; unlike when we were traveling and eating out all the time.  This site tracks everything (calories, carbs, cholesterol, sugars, protein, fiber, vitamins, everything you need).  It’s pretty easy to use and the thing I like the best is that you can see a total summary of how you did each day in a grid and if you went over or under your target numbers.  I’ve posted one of my partial days here: 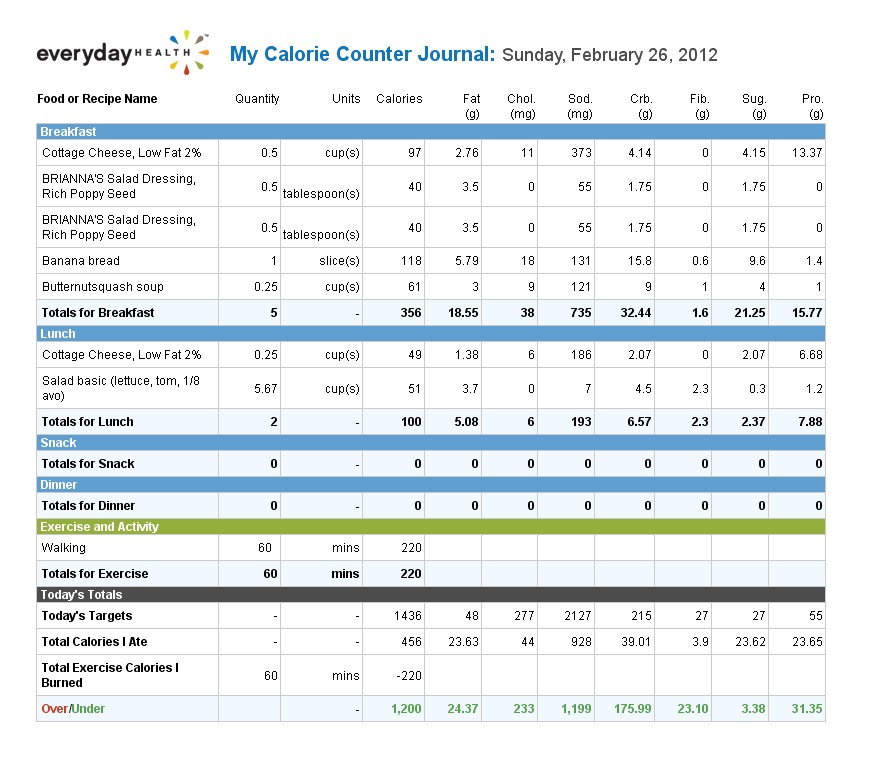 Click on chart to enlarge, then look at the last few lines to see the summary

I really thought I was eating less than a 1000 calories a day for sure; and I wasn’t that far off, but I am definitely at 1000 average.  I’ve been very happy to see my protein intake is much higher than I thought, but so is my sugar intake.  The target numbers were already in there, so I really don’t know how accurate those are; but they are set for someone who wants to weigh 135 not taking into account your age; but they do ask for activity level; I set mine at moderate. 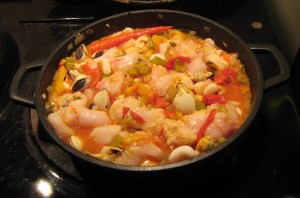 I like the allrecipes.com site because you can input anything you make, then click on the plus sign next to the Nutritional Info at the bottom and it gives you all of the numbers to input into to the everydayhealth.com site.  The link above will take you to a recipe I tried last night and it’s fantastic!!!  Since we’re here in Seattle with all this amazing seafood, I cooked a seafood cioppino.  WOW!  It was really fantastic.  I left out the white wine because I didn’t have any, and it was great without it.  Personally I would prefer to drink a glass of wine with it instead of putting it in it!  Anyway, it was super easy to make.  I had half the portion and it still had 17 grams of protein in it.  YUM!

So all in all, it’s been a good week.  I’m feeling good and pretty energetic and I’ve taken all my supplements each day.  I’ve managed to get a little caught up and I’ve been exercising almost everyday, including a few 3 mile walks. (I think the B12 shot from the doctor helped with my energy level).  This hasn’t however, translated into any weight loss that would impress anyone!  One pound loss with a 1000 calorie a day diet AND exercise????  Even the everydayhealth site says I should be able to lose 2 lbs a week at 1500 calories a day!  Both my husband and I are scratching our heads over this; but it makes me thankful for the surgery because losing weight the traditional way does NOT work for some people including me!  Every restricted diet I ever went on left me hungry, frustrated and produced miniscule results, if any.

I suspect at some point my metabolism will shift and I’ll lose more weight, or I’ll just lose at a lb a week.  Either way, I’m really just fine with it.  Hey; I’m 60 lbs lighter than was at the beginning of 2011, I’m the lowest weight I’ve been at in over 25 years, and feeling so much better about myself in general, so who am I to complain? So what if I STILL weigh more than my 6 foot husband?  Hopefully this time next month I will have broken that milestone……

In the meantime, I’m having fun.  I mentioned that I bought a strapless dress for the wedding next week?  Well, I was trying on my clothes to take to Hawaii this week and took a photo…..I NEVER would have worn something like this a year ago, but I think it looks pretty good and I feel great in it.  So here it is, sans the shoes.  Not sure if I’ll get a photo at the wedding so you’re getting it a week early.  Oh, and just to remind me of how far I have come, I’ve included a photo of me at another event in Hawaii a couple of years ago.  I am going to be so much happier in Hawaii clothes when we get back next week than I was for the entire ten years we were living there! 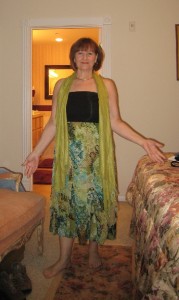 So that’s it for this week…..Next week we’ll be in Honolulu and will write again.  I sure hope everyone is doing well, feeling good, and mostly feeling healthy.  Aloha for now and a hui hou!  (until next time…)

I wore more ‘muumuu’ type dresses in Hawaii before my WLS!